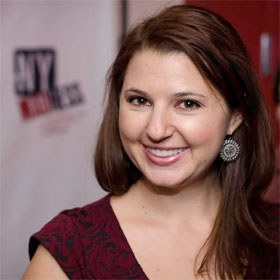 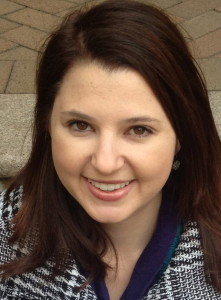 Illana is no stranger to Short Plays to Nourish the Mind & Soul. She has directed work in prior seasons, including “Big Girl Games” and “Shut the Door.” We are so pleased to have her back. Her creative vision which allows her to freely think outside of the box is a wonderful pairing with our revival of SAMO ISN’T DEAD.
Illana Stein is a NYC-based director. Credits include Off-Broadway: Theatre for a New Audience: Associate Director on Tamburlaine the Great directed by Michael Boyd and Pericles directed by Trevor Nunn. Assisting credits at Signature Theatre and Pearl Theatre Company. Other NY credits: A Midsummer Night’s Dream (Queens Players), Stop Kiss (Sanguine Theatre Company), or what she will (FringeNYC ’12, directing award), Matthew Portraits (Samuel French Off-Off Broadway Festival), and staged readings with Hunter College MFA, NYU Gallatin School, Youngblood/ Bloodworks, and New Dramatists. Regionally, she has assisting and associate credits with American Repertory Theatre, Oregon Shakespeare Festival, Yale Repertory Theatre, Hangar Theatre, Cincinnati Playhouse in the Park, and Cincinnati Shakespeare Company. Most recently she directed the regional premiere of A Lost Leonardo by David Davalos at Amphibian Stage Productions. Ms. Stein is a recipient of a 2018 Drama League First Draft Residency for The White Rose Project. She is in the directing company of New York Madness and member of the 2012 Lincoln Center Theater Directors Lab. www.illanastein.com