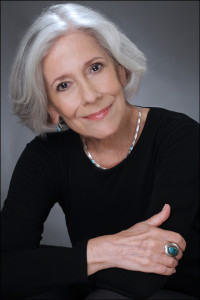 SANDRA KAZAN appeared in the original Broadway production of FIDDLER ON THE ROOF and Camus’ CALIGULA with Kenneth Haigh and Colleen Dewhurst. Her film credits include DOG DAY AFTERNOON, SERPICO, THE PLOT AGAINST HARRY, and CAUGHT. She taught acting and directed Shakespearean productions at The School of Performing Arts in New York City and has been the Voice and Speech Coach at Hebrew Union College-Jewish Institute of Religion in NYC for over 20 years, while also maintaining a private practice as a communication specialist. She has narrated many books on tape for the Andrew Heiskell Braille and Talking Book Library. Recently, she appeared in staged readings of NATIVE SON by Paul Green, WEDDING BAND by Alice Childress, A TUNE BEYOND US and NOT ON THE MAP by Edward Pomerantz.
Sandy joined Short Plays to Nourish the Mind & Soul as an actor in our first Harlem location, The Countee Cullen Library. We are pleased to have her join us again as a director.