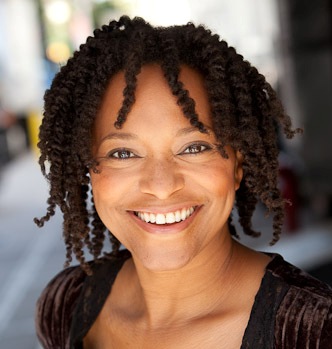 APRIL ARMSTRONG is a singer, actor, storyteller and writer and has performed on professional stages throughout the USA. As an actress, April is most noted for her performance as the legendary singer Billie Holiday, in the tour-de-force one-woman show, LADY DAY AT EMERSON’S BAR AND GRILL, written by Lanie Robertson (Hudson Valley Rep, Vineyard Playhouse & Providence Black Repertory Co.). She has also performed the role of “Sara” in the Broadway Musical RAGTIME (TheatreWorks, Palo Alto – recipient, Dean Goodman Acting Award and the Broadway National Tour), and as “Carrie Pipperidge” in CAROUSEL (Casa Manana, Broadway National Tour).

On film, her voice can be heard in the movie WASHINGTON SQUARE, directed by Aneskia Holland, starring Jennifer Jason Leigh and Albert Finney. April has a recurring role of reporter on the long running television drama, LAW & ORDER: SVU. She co-starred in Paul Haber’s film, LOVE IS DEAF, which premiered in 2009 at the Big Apple Film Festival in NYC and won Best Short at the Jersey Shore Film Festival in 2010.

April’s storytelling performances have taken her from California to Negril, Jamaica. She has told stories for numerous libraries, cultural centers, historic venues and public schools. She has written a one-woman show about the black aviatrix, Bessie Coleman, called TWO WING TO HEAVEN. April is one of the “Group of 33,” contributors to the best seller (The Wall Street Journal), THE BIG MOO, published by Penguin Press and edited by Seth Godin, on how to remarkablize your business.
www.aprilarmstrong.com